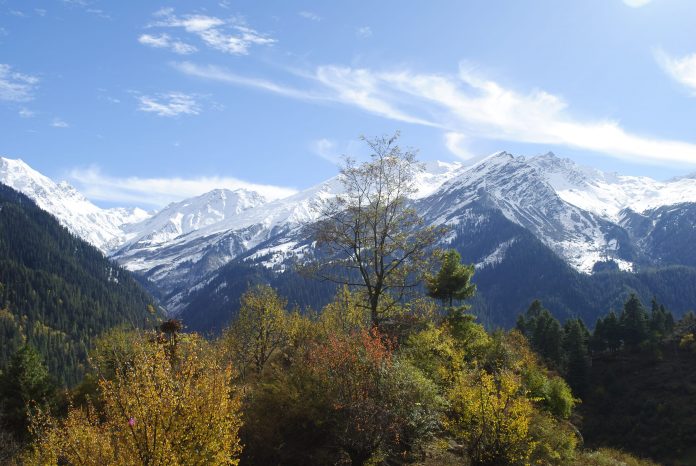 Tosh in Himachal Pradesh is a remote village located high up in the Parvati Valley, around 40 kms from Kasol. It is an ideal destination to experience an eagle’s eye view of the Parvati Valley. I travelled to Tosh after spending 2 eventful days in Pulga, Tulga and Kalga. To reach Tosh from Kalga, I first trekked down to Barsheni and from there hired a local taxi to Tosh. Locals told me that it was also possible to trek to Tosh from Kalga. But, since I was alone and unaware of the trekking routes, I decided to take the more conventional route of hiring a taxi from Barsheni to Tosh.

Drive from Barsheni to Tosh

The drive from Barsheni to Tosh made me realise it was a wise decision on my part to visit Tosh and spend a night at the village. Every few meters of the drive greeted me with idyllic views of the valley which made me excited like a small kid. The entire journey took me 30-45 minutes but felt like a few moments as I was too engrossed in the sights that greeted me en-route.  But I do realised, that the ride was bumpy. My local taxi driver tells me that it was bumpier in the past. However, thanks to on-going construction of the Parvati Hydro-Electric power plant in Barsheni, road connectivity has improved significantly. Apparently the current gravel road was nothing more than a stretch of hard rock and soil few years back and only good conditioned 4×4 vehicles could make the trip.  ‘Good’ I thought to myself. Construction of big dams, does have a few benefits!

Places to Stay in Tosh

Tosh was the last leg of my journey in Parvati valley after having visited Pulga, Tulga & Kalga. By the time I reached Tosh, I was slightly jaded and looked forward to a more comfortable stay. So attached bathrooms and 24×7 running hot water were an important criteria for me to select my place of stay. After asking around, I discovered that only a few select hotels offered me the simple luxuries I was looking for. Hotel Hilltop and Hotel Olive Garden were amongst these ‘upscale’ properties in Tosh. Maybe there are other properties but this was what was conveyed to me by the locals. I checked into Hotel Olive Green, not because it was better of the two but because I happened to reach it first. Hilltop was located higher-up and I was not in a physical state to keep look around for options. Four days of journey had left me somewhat tired. And since, Olive Green provided all the facilities I needed there was no reason for me to refuse its hospitality. I checked into a room with excellent views of the mountains for INR 300, single occupancy (off-season rate). After a refreshing bath and a hot cup of ginger lemon tea, I moved out to explore the village.

Things to do in Tosh

Exploring the Village : Tosh is a quintessential high mountain Himachal Village. The locals here are simple and cut-off from the vagaries of urban life. The local village market is small and centers around the local village temple.

Jamdagni Rishi Temple – The Jamdagni Rishi temple is built in the center square of the village and is named after a revered saint by the same name. The entire temple is made of wood and built in a traditional Himachal architecture. Outsiders and tourists are not allowed to enter this temple.

Trek to Waterfall – The most striking feature of Tosh is its altitude. It is located way up and therefore offers excellent views of the surrounding snow-capped mountains and the valley below. If you like trekking, that Tosh offers you multiple options. There is a scenic waterfall that is located half an hour trek from the central point of the village. It is highly recommended that you make a trip to the waterfall. It is serene and quite picturesque. The trek to the waterfall is an experience in itself passing through scenic pathways that offer excellent views of the valley below and the snow-capped peaks above.

Kheerganga Trek – Tosh also happens to be one amongst the few starting points for the Kheerganga trek. I intend to make this trek next time. Like most other villages in the valley, Tosh in Himachal Pradesh is a quiet hamlet and it is this quietness that drew me to it. Visit it for a quiet and peaceful break from the daily chaos of city life.