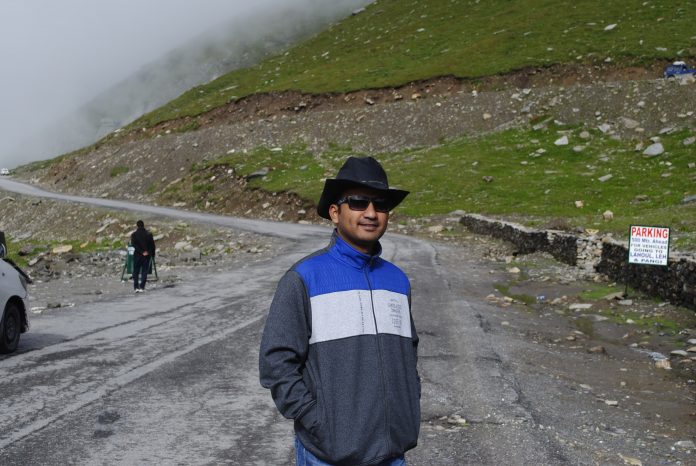 It is not easy planning a trip to Spiti Valley in India. It is cut-off from the rest of the country for six months in a year and when it does open its door for visitors, corporate slaves like me are in the midst of our financial year, chasing targets. Also, the fact that no trip is possible to this secluded land, over a weekend, makes a visit to this place a distant dream for modern day corporate professionals like me.

A trip to Spiti valley had been in my travel list for ages. But, taking an official leave for 8-10 days was not easily possible in the kind of professional role I am in. As such I had kept my trip to Spiti on a back burner for several years. Luckily this year, a five day extended weekend on the occasion of the 70th year of Indian Independence, provided me with an ideal opportunity to make this long planned trip.  A two day leave added to the five day weekend landed seven days on my platter and I realized if utilized well, I could make this long planned trip to Spiti valley.

Instead of making this road trip on my own like most other occasions, I decided to hire the services of a professional tour operator to make this journey smoother and less tiring. As a first timer, I felt it would be wise for me to book a package tour as it will save me the uncertainties associated with visiting an unknown remote destination within a time-bound schedule.

After conducting 2-3 days of detailed ‘google research’, I finally decided to book a road trip with Spiti Holiday Adventures, a local travel agency in Spiti that had been recommended highly by several travellers on their blogs as well as by Lonely Planet.

The agency specialized in organizing various kinds of tours in the valley. I examined the various tours on offer, and finally decided to book their 7 day road trip as it covered most of the popular destinations in the valley and had an upcoming tour planned coinciding with the dates I intended to make this trip.

Their weeklong trip planned on the Independence Day weekend between August 14 to August 20, 2016 and I immediately signed up for it. The trip began and ended in Manali on the said dates and our itinerary was planned as mentioned below.

As mentioned earlier, I did not want to drive for this trip. As such, I booked an overnight Volvo from Delhi on August 12 and arrived in Manali early next afternoon. Overnight bus journeys from Delhi to Manali are quite comfortable. The condition of the roads for most part of the route is excellent which provides travellers with a good sleep aboard the bus and is dotted with excellent highway ‘dhabas’ (roadside eateries). Our bus stopped at Murthal, a well-known destination for foodies with several eateries. After savouring a delicious dinner at our pit-stop, I finally retired for the day on the bus.

I reached Manali around noon, checked into a hotel and got some much needed sleep. In the evening I headed out to Old Manali and parked myself in one of the several cafes dotting this part of the hill station. As I had to wake up early next morning, I decided to have an early dinner and move back to the hotel on time. After a couple of beers and a filling dinner, I headed back to my hotel and tried to sleep, filled with excitement thinking about the start of the real trip that was to begin next morning.