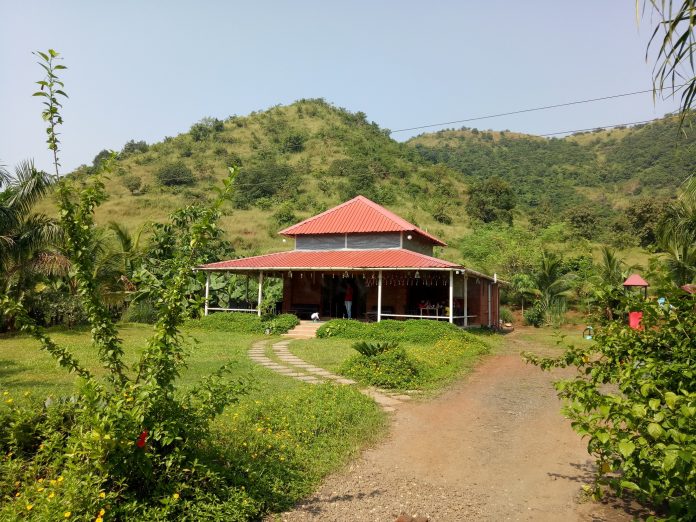 A tourism ad featuring the scenic Konkan coastal belt running through the western ghats in Maharashtra had captivated my mind several years ago. Since then, I had been planning a road trip to this region, traversing its entire stretch . I finally got an opportunity to embark on this adventurous journey starting – Pune to Ratnagiri – during the long Diwali weekend last year. Of course, I had to club it with a few additional casual leaves but the long weekend helped add to the total tally making it possible for me to embark on this week long memorable journey. There are a two popular start points for this road trip – one beginning in Mumbai and the other in Pune, both ending in Goa. I planned to begin this journey from Pune.

I arrived in Pune from Delhi in an early morning flight accompanied by my wife and six year old son. I planned to make this journey using a self-drive cab and such had booked one much in advance to avoid any last minute hassles. The rental agency was punctual and delivered the car at my hotel in Pune on the day of my arrival, as requested, on time.

Our first destination in this weeklong road trip was Pune to Ratnagiri. It is a small port town located approximately 300 kilometers from Pune on the coastal belt of Maharashtra. It is a popular destination for tourists who visit the place to explore its beautiful beaches and experience local Malvani culture and cuisine.

There are two different routes to reach Ratnagiri from Pune. The first option is a new highway passing through Satara that is shorter and faster. It passes through cities and is primarily a smooth ride through the plains. The second one, through Mulshi and Chiplun is a longer route passing through the Western Ghats. It is the old route before the new highway was built and takes a longer time to reach the destination. However, it is ‘THE ROUTE’ that provides an opportunity to experience the joy of driving through the Western Ghats and experiencing its real beauty.

We began our journey from Pune to Ratnagiri at around 8 in the morning. We crossed Pune city outer limits in an hour and were in the highway.

One of the highlights on this route is the Mulshi lake, which is actually a reservoir of the Mulshi Dam. It is an idyllic lake amidst the Sahyadri hills and is a popular weekend destination amongst residents of Pune. We made a brief stop at the lake for a few minutes to click some pictures and then proceeded on our journey.

We arrived in Ratnagiri after a joyful 10 hour ride. I feel this road journey from Pune to Ratnagiri can be completed in 8 hours. We needed an extra two hours as we took several breaks in between to experience the sights on our way.

We checked into Hotel Sangam Regency which we had booked in advance. It is a 3 star property and rated amongst the top hotels in Ratnagiri (according to the booking website!).  We had booked a deluxe room at the property which was fairly comfortable. We spent the evening planning our local sight-seeing itinerary for the next day. Since we were tired after a long drive, we decided to have an early dinner, and go off to sleep.

We began our sightseeing journey of the city next day by visiting Ratnadurg fort. It is located atop a cliff facing the sea and offers scenic views of the sea below. Since we arrived early in the morning, there was no one except us. It was a soothing experience sitting there and experiencing the cool breeze that flowed in from the sea. After spending almost an hour outside the fort, exploring its exterior environs we moved inside.

The interiors of the fort has a walkway alongside the boundary walls. One can walk alongside this boundary and get scenic views of the sea below extending to the horizon. There is also a temple inside. The fort also offer views of the entire Ratnagiri city.

There are several beaches in Ratnagiri. The most popular ones are Bhatye, and Mandavi. We visited both the beaches as we got to know it had black sand. It was something that we had not experienced before and therefore decided to visit them. It was a unique experience as we had never seen a beach with black sand before. At the beach we found a few international tourists who had also travelled from Pune to Ratnagiri by road and were really excited to be there.