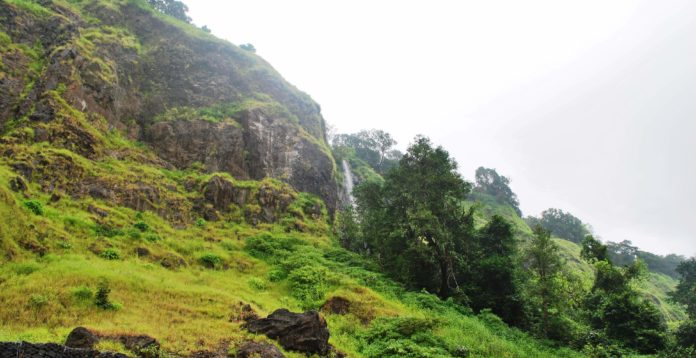 As mentioned in my earlier blogs, Goa was the final destination of our weeklong road trip across the coastal belt of Maharashtra. After having spent more than 5 days on the road exploring the towns of Lonavla, Khandala, Ratnagiri and Ganpatipule, we began the last leg of our journey from Ratnagiri to Goa on the sixth day, driving through a beautiful coastal stretch. Our plan was to spend the next two days in Goa and drive back to Pune on the ninth day – a distance of approximately 450 kilometres – at a single stretch through the newly built Kolhapur-Satara-Pune Highway.  Like most return journeys, we expected it to be a drab considering our route comprised of inland cities, traversing most of the distance. However, we were in for a pleasant surprise — with the discovery of Amboli — a quaint hilly hamlet en-route on the Western Ghats. (More on that later)

Our drive from Ratnagiri to Goa – a distance of 270 kilometres – took us almost 8 hours with two pit-stops in between. We left early in the morning – around 5 am – to avoid regular traffic as well as enjoy the quiet serenity of an early morning drive. This was a a really good decision on our part as the early morning drive made us encounter a beautiful misty morning for the first few hours of our drive through the thick jungles of the ghats. It was a novel experience for us considering our routine lives in the cities, where we encounter ‘smog’ during the winter months instead of fog. The drive also took us through several coastal villages of Maharashtra en-route every few kilomters.

After driving for almost 7 hours, a highway signboard advertising a local luxury resort informed us of our arrival at the Goa-Maharashtra border. It was noon, and by the time we reached our hotel, located somewhere near Baga Beach it was 1 pm. After a quick shower and lunch, we decided to rest for a bit and then head to Baga Beach in the evening to enjoy the sight of the setting sun and let the kid enjoy the waves.

When we arrived at Baga in the evening it was as usual, teeming with tourists. The kid however enjoyed splashing himself in the water, catching crabs with newfound friends while I remained content with a bottle of ‘Kings’ from a nearby shack. After spending 3-4 hours at the beach, we decided to call it a day and left for our hotel for an early dinner and sleep. We had planned a trip Arambol, a beach higher up north, early morning next day.

The distance from our hotel to Arambol beach was approximately 25 kilometers and took us an hour to reach. We had left early in the morning – around 7 am – landing in the beach at around 8 am. The idea behind visiting early morning was to avoid the crowds and spend some quality time in peace at the beach.

Arambol was unlike Baga and had very limited tourists. It was a long beach with limited shacks which explained the beach lacked the high tourist inflow compared to Baga, Calangute, Candolim etc. The distance from the commercial hub of North Goa also helped this beach retain its tranquillity.

We spent more than 3 hours at Arambol enjoying the waves and the beautiful beach. Our next stop was Morjim, where we planned to have a our breakfast by the beach before moving back to the hotel.

We had been to Morjim in our earlier trips to Goa and were surprised to the see the changes around the beach since our last trip a few years ago. Several new resorts and homestays had cropped up around the place making it much more crowded than it was before. We dropped in the beach for a few minutes but decided to leave soon after as the shacks had nothing much to offer for breakfast. We stopped in between at a roadside restaurant for a quick meal and landed in our hotel in the afternoon. After a short nap, we went to Candolim beach for dinner. The feeling that our trip was coming to an end dawned on us in the evening and we were slightly sad with thoughts of going back to our hectic lives back in Delhi.

Amboli is a hidden gem, tucked in the higher reaches of the Western Ghats, approximately 100 kilometres from Goa. We were unaware of traversing this quaint little hamlet on our way back to Pune and it provided a much needed respite to our melancholic mood.

Amboli was unlike the Himalayan hill stations we are experienced to in Northern India. It was much smaller in size and its major highlight was its thick vegetation cover and several waterfalls that greeted us all along the route. We stopped at one such waterfall to click some pictures and fill our bottles with the fresh spring water. The journey also provided some nice view-points that offered majestic views of the green valleys around.

Amboli is a popular weekend tourist destination for people in nearby states. The places is famous for an ancient Hindu Temple and has various other nearby tourist attractions which I could figure out from the various signboards on the road. But since, we were passing-by visitors, I did not pay ,much attention to these signages. We did however, make several pit-stops in Amboli for tea and enjoy its various viewpoints. It delayed our onward journey to Pune but the delay was worth it as we enjoyed every moment of this unplanned itinerary. We finally left Amboli at around 2 pm in the afternoon.

After crossing Amboli, the rest of the journey was a routine drive. While the kid slept on the back seat, wifey and I listened to some good old music on the car stereo driving non-stop on the highway with just two pit-stops in between for tea. We reached Pune at around 9 pm in the evening, checked into a hotel and ended the day with a quiet dinner reminiscing the past 8 days of our memorable journey. Our return flight was scheduled next afternoon.

Our Konkan Journey ended on a high note – thanks to our discovery of Amboli. We plan to be back in this part of the country, to embark on another coastal road trip. 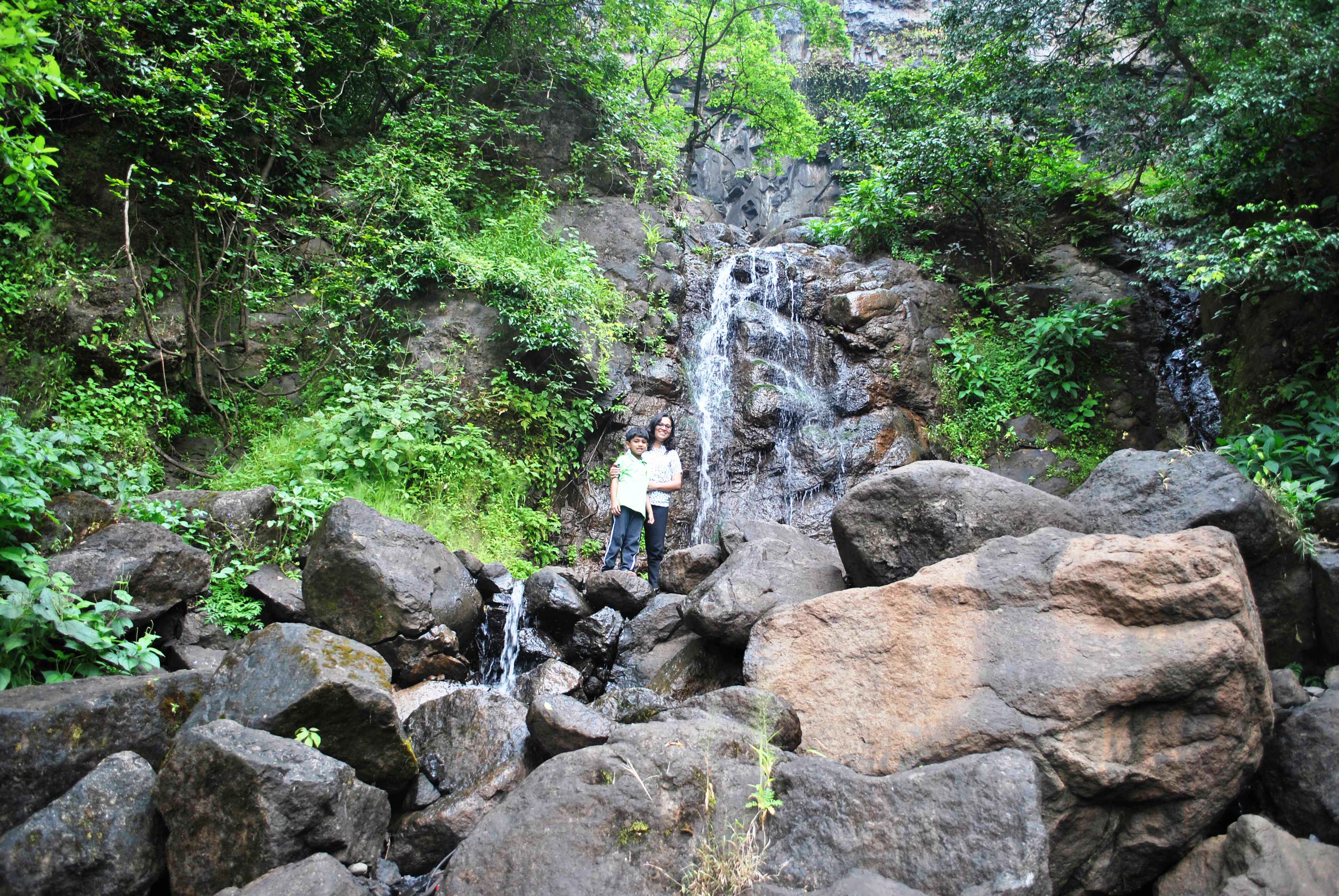