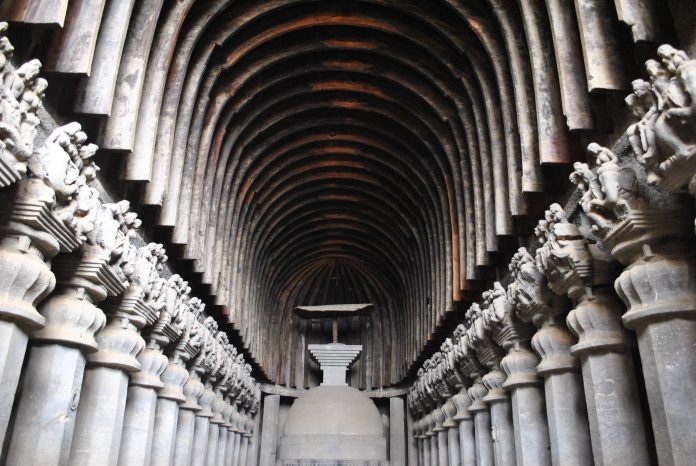 I first heard about Khandala during my teenage years in a famous Bollywood song “Aati Kya Khandala” sang by famous Indian Bollywood actor Aamir Khan. An urge to visit this place had clung on to my mind since then and fructified last year during the long Diwali weekend holiday. Lonavla and Khandala were the prep-up destinations of my week long road trip across the Konkan belt of Maharashtra. The Karla caves were a surprising bonus, I discovered after reaching my destination.

I arrived in Pune early morning on a direct from Delhi and headed straight to my hotel, pre-booked through a popular travel portal. Since I was travelling with my toddler child, I had informed the hotel staff about an early check-in weeks ahead, but as is the trend in most hotels in India, they failed to provide me an early check-in in spite of having confirmed to me earlier before my booking. Nonetheless, after a 30-40 persuasion followed by an hour of waiting, I was allotted a room for check-in. Since, we were all charged-up for our planned itinerary we did not waste much time and prepared ourselves for our daylong sightseeing trip to Lonavla and Khandala.

The drive from Pune to Lonavla is average. The only difference is that one gets to travel on the famed Mumbai-Pune Expressway – one of the first expressways to be built in the country. I had expected it to be across rural areas, but most of the highway ran through urban areas with massive real-estate development on both sides of the highway. The only good part about travelling in this highway was – traffic was minimal and one could reach Lonavla, located 70 kilometres away in less than 2 hours. While majority of the route is on the expressway, one does get a feel of having arrived in a hilly terrain during the last 10-15 kilometres before arriving at Lonavla. This stretch of the route has some amount of greenery, and is dotted with farmhouses, which I assume will be that of the rich and famous.

Once in Lonavla, we drove to some of its famous tourist sightseeing points. To be honest, I was utterly disappointed. Same was the case with Khandala. Both the places were quite crowded with rapid urbanisation. Also, the tourist spots were very poorly maintained. After driving to some of these ‘spots’, we decided to drive back to Pune. My wife, who had been reading about the place prior to our arrival, suggested we visit the Karla caves before we call it a day. Like all ‘dutiful husbands’ I decided to follow the lady’s advice and proceeded towards the caves.

Karla caves are located slightly off-track from Khandala and Lonavla. The drive takes one through a fairly rural stretch. It took us approximately 45 minutes to reach Karla caves from Khandala.

On our arrival at the parking of the caves we realised that the caves were located higher up, in a hillock and one had to climb up a series of more than 300 steps to reach them. Initially, we were hesitant as the early morning travel had slightly worn us out. Also, we were worried whether our son will be able to make it to the top. After a few minutes of deliberations we decided to give it a shot.

Like most tourist places, the steps were dotted with small shops primarily selling juices and such other small knick-knacks. As city dwellers, accustomed to using automated elevators, the climb up was not so easy for us. However, with a few pit stops in-between and some glasses of freshly minted lemon juice, we managed to reach the entrance of the caves in 30-45 minutes.

On our arrival at the caves, we realised that it was a good decision on our part. The Karla caves were unlike anything we had experienced in the past. Carved across the face of a large rocky mountain, these caves are an important historical site of Buddhism. It is believed that these were carved in the 2nd century which makes them more than 2000 years old!!! According to some, these caves are the oldest Buddhist cave shrines in India.

The Karla caves are divided into various sections. These include living quarters or hermitages for monks and prayer halls. The highlight of the Karla caves is its main prayer hall. Termed as Chaitya in Buddhism, it will charm any visitor with its architectural beauty. While several of the ornate rock carvings on its walls have been damaged over the years due to ageing, one cannot miss the sheer brilliance of the architecture.

The Karla caves are a must visit, if you are visiting Lonavla, Khandala or even Pune. While, I did not like Lonavla and Khandala, I was mesmerized by the Karla caves and would recommend it to everyone visiting this part of India.