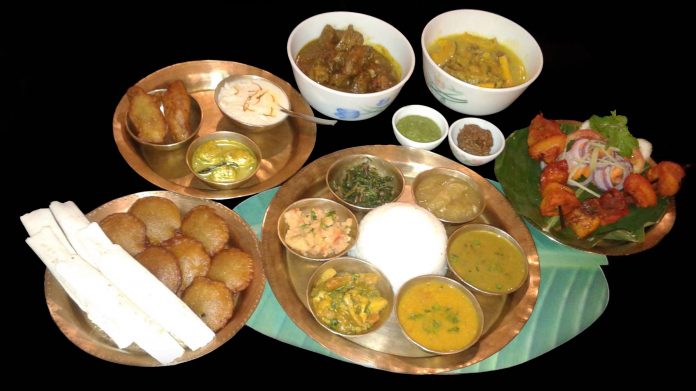 Preparing a traditional Assamese meal at home is a difficult task. While this is true for most traditional Indian cuisines, it is even more difficult in the case of Assamese cuisine due to the varied nature of its dishes. Also, sourcing the ingredients for preparing the varied dishes can be a daunting task in today’s fast paced hectic urban life.  As a result, most traditional dishes, started disappearing from restaurant menus and homes.

My friends who were well aware of this practise, suggested me to visit GAMS Delicacy restaurant, a popular outlet in the city serving authentic Assamese cuisine, during my last visit to the city.

With so many positive reviews of the place, I decided to give it a try and went for an afternoon lunch with few of my friends.

GAMS Delicacy restaurant is centrally located in Ganeshguri area of Guwahati. If you are a tourist in the city, then I would suggest you to take a local cab. The restaurant is fairly famous and most taxis would take you straight to its doorstep.

The restaurant is fairly large and has an ethnic feel to it. Most of the waiters were dressed in attire that resembled traditional outfits of the state.

During lunch and dinner time the hotel served a standard vegetarian meal consisting of rice, few curries and a dry vegetable dish with additional helpings at no extra cost. Guests could top it up with other food items on the menu at an additional cost.

After scanning through the menu for some-time – with great difficulty in deciding what to order – we ordered the standard vegetarian meal along with a plate of duck fry, smoked pork in bamboo shoot and fried fish (local small). While I was tempted to order some more items, my friends suggested me to control my urge. I decided to follow their advice as I too did not like wasting food.

Minutes after placing the order, a waiter walked to our table with bowls of a hot boiling beverage that seemed similar to soup. I soon found out that it was a complimentary offering to every guest. The clear liquid served in traditional Assamese copper bowls, was made of ginger, black pepper, salt and some other secret ingredients. I could make out these flavours, as their taste was distinct. My friends told me, this soup was a kind of appetizer for us to get prepared for our meal.

The soup did work wonders and I could slowly feel my stomach asking for food. Our order was served soon after and it was indeed an experience. Our meal consisted of rice, ‘khar’ (a traditional papaya preparation), lentils curry, fried vegetables, mashed potatoes, gram flour balls (pakodas) amongst others – prepared in a traditional style. Each item was just rightly prepared. It felt as if one was having a meal at home.

The add-on items were a delight too. The fried fish was prepared from a local breed found in the Brahmaputra. The pork and duck were equally good. While savouring those dishes, I kind of got lost in a trance. Good food really can work wonders on your mind!

After my first visit to Delicacy restaurant in Guwahati, I have been there every time I visit the city – in-fact multiple times in every visit. I recommend it to anyone visiting the city and looking for a restaurant that serves authentic Assamese food in Guwahati. 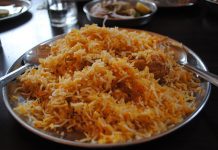 A weekend of gluttony in Lucknow