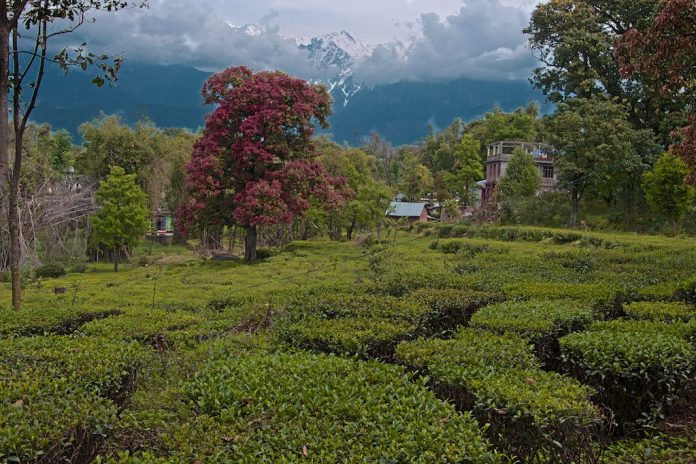 I learnt three important travel lessons during my trip to Palampur in Himachal Pradesh early this year. First, never visit a north Indian hill station during peak north Indian summer months of May and June – a peak tourist season as schools shut for summer vacations. Second, if you do, avoid a visit during weekends, especially the extended ones. Third, if you cannot avoid the above two, ensure you have a hotel reservation in place.

Unfortunately, I learnt these lessons the hard way during a road trip to this picturesque hill station in Himachal Pradesh, known for its verdant tea estates. I had news stories in past of tourists getting stuck for hours on the Dehradun-Mussorie, Haldwani-Nainital and Parwanoo-Shimla Highway in the summer months during long weekends. But I did not expect such a situation in Palampur which was not as popular as some other Himachal hill stations like Shimla, Manali or Dharamshala, nor was it so close to the nearby metropolises of Delhi and Chandigarh.

As usual, I was travelling with my family and arrived in Palampur late in the afternoon from Ambala, our pit-stop the previous night after a late evening drive from Delhi. Since it an impromptu trip, we had not booked any hotels and planned to book one on reaching our destination. On our arrival at Palampur, we drove straight to the city center – an area with the maximum number of hotels and started our quest for a hotel room. We noticed a decent property and went into enquire for a rooms. The person at the reception informed us they were completely sold out. I walked out and went to the next hotel on the street and to our surprise the response was same. After continuing this exercise for more than 30 minutes, visiting more than 10 hotels in the vicinity I realised all the hotels in the area around city center were sold-out for the weekend due a heavy inflow of tourists. At these hotels, I encountered several tourists in a similar situation as mine. A short conversation with other stranded tourists made us realise that all hotels in town were sold out for the weekend. In fact, two of them had driven in from Dharamshala, a few kilometres away as they could not find any accommodation in Dharamshala, forty kilometres away! Our unsuccessful attempts at being able to get a hotel room for more than an hour made two things clear. First, there were no hotels in Palampur or Dharamshala. Second, even hotels en-route to both these hill stations were sold-out. By the time we understood this situation, it was already 4 pm, and like most hill stations, the darkness of the evening had slowly started setting-in. I realised waiting there any longer made no sense and decided to make a move downhill to look for hotels.

Nagrota the closest town downhill located 20 kilometers away was our first port of call. The small hill side town had a few hotels and we enquired in almost all of them located near to the highway, and were met with the same news. We noticed dozens of cars parked outside every hotel in town with tourists enquiring for a room. From the looks of it, it was evident that it was not a very pleasant or every day situation.

We next decided to move to Kangra town located another 25 kilometres away. By the time we reached Kangra, it was almost dark and we were extremely tired. We asked around local people for hotels and they suggested us to drive down to the bus stand, close to which most of the hotels in town were located. Hotel Grand Raj located opposite the Kangra Bus Stand had the last vacant room for the day on offer and I instantly grabbed it even without discussing the price. It was a decent hotel with good amenities and we thanked our stars for having managed this one. A couple who walked in while we were being handed the keys to our room were turned back due to non-availability of rooms and we thanked our stars for having been able to grab the last one available.

By the time we checked into our room, it was almost 7 in the evening and all of us were exhausted with the day-long struggle. A warm bath rejuvenated us partially and we got down to the restaurant for an early dinner. During our drive from Palampur to Kangra, both me and my wife had almost decided to call of this trip and drive back to Delhi the next day. The hotel however, provided some solace and we decided to work around Plan B.
The hotel we were staying in was approximately 40 kilometers away from Palampur. The drive usually takes around an hour. Cancelling the trip was an option but doing it without exploring Palmapur would have been a loss. So we decided to stay put in Kangra and explore Palmapur from there.

Over the next three days, we stayed in Kangra and drove to Palampur – located at an hours drive from the hotel and explored not just Palampur, but also its nearby localities. I have listed below some of the most popular activities for tourists with my own personal experiences on them.

Palampur – Things to do for tourists

Take a walk in the Tea Gardens
Palampur is termed as the tea capital of North India due to its large scale tea plantations. In fact, it is the only region in North India other than Chaukori in Uttarakhand where tea is cultivated. But, the area under tea cultivation in Chaukori is much smaller and as such Palampur retains the ‘tea capital’ crown. Tea cultivation in Palampur began in the 19th century and most of the gardens here are more than a century old. Talking a walk amongst the larger tea estates will make you want to stay there forever, away from the noise and grind of city life.

Buy and Taste varied forms of tea
Most tea gardens in Palampur have a retail outlet within their plantation that sell various forms of tea, manufactured from leaves grown in their gardens. In addition to selling, they also offer visitors an option to taste their various forms of tea. It’s a kind of clever promotion as once you taste and feel the aroma of the fresh tea, you are bound to buy a few packets from the shop. Being ardent tea lovers – both me and my wife tasted various forms of tea and also bought several packets – some for personal use and some as gifts from these shops.

Take a swim at Neugal Khud
Neugal Khud is a small tributary of River Beas that flows in the Kangra Valley. It offers some scenic swimming spots on its banks and it is ‘must do’ activity if you enjoy swimming. You will notice several tourists taking a dip in its waters. We too went for a swim in this river and it was an amazing experience. Although it was a hot June afternoon, the water was ice cold and it was a soothing experience taking a dip in such cool waters.

Chill out at Neugal Café
Neugal Café is a café located in Palampur and should not to be confused with the river and its swimming banks. Although the food at the café is average, it has a good outdoor sitting area that offers views of the far-away mountains. It serves beer and coffee and visitors can spend some good time lazing in its gardens, sipping either of them and soaking in the fresh air.

Stay at Hotel Tea Bud
You need to book a room much in advance and also be lucky for this one! But if you can, try and book your stay at Hotel Tea Bud run by Himachal Pradesh Tourism Development Corporation in Palampur. It has an enviable location, located right in the center of town amongst lush green tea gardens. We came across this property while exploring Palampur and hoped to stay in it next time we were in town.

Savour Mutton Momos at City Center
While walking down the street from a tea garden near Tea Bud towards the city center, we discovered a stretch of road lined with small eating outlets serving Chinese food. While they all served Chinese fare, Momos – specifically mutton momos filled with mountain goat meat was the highlight. While I ordered just half a plate initially, I ended up savouring two full plates in the end. Although I cannot recall the exact location of these stalls, I am sure locals will guide you to them if you ask around. Do visit them, if you are a ‘momo fan’ like me.

Drive to Dharamshala or Bir Billing
Both Dharamshala and Bir Billing are located at an hour’s drive from Palampur. While Dharamshala is famous for McLeodGanj, monasteries and food; Bir is India’s best destination for paragliding enthusiasts. We did visit Dharamshala and but the trip was not so great due to the same reason of high tourist inflow and as such we left in a few hours. We did not visit Bir Billing, but you can definitely plan to include it in your itinerary during your trip to Palampur.