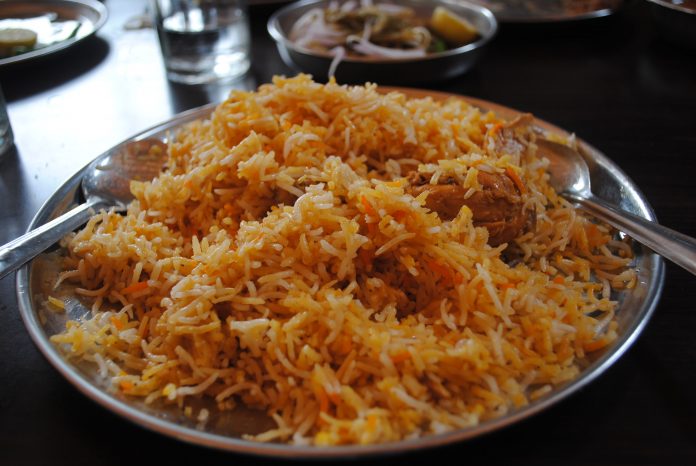 When it comes to planning a weekend break, Lucknow would possibly be the least likely destination to figure on the list of an average traveller. Despite being less than 600 kilometres from the national capital, it remains amiss from all major ‘top weekend destination from Delhi’ lists. And, the reason I assume is simple – the city is crowded, has a hot climate almost throughout the year and lacks the attractions of an average tourist destination. However, one aspect about this city makes it stand out amongst most other weekend destinations and that happens to be its FOOD. Famous restaurants in Lucknow have been known to impress even the best food critics and I was just an average mortal.

The famed Awadhi cuisine that traces its roots to the region is a staple of restaurants in the city. And, as an ardent devotee of this cuisine, I had nurtured a plan to make a trip to this city for ages but both personal and professional commitments always kept my plans at bay. Finally, one long weekend, I made this long planned trip to the city to indulge in a bout of uncontrolled gluttony.

I arrived in Lucknow on a pleasant winter afternoon on the Jan Shatabdi express that plies between Delhi and Lucknow.  Throughout the previous week, I compiled a ‘famous restaurants in  Lucknow’ list, ably supported by my ‘dear friend google’. Although I could not make it to all of them, during my trip, I managed to pull in all the major ones. At the end of it, like most foodies, I repented human limitations of just 3 meals a day!

I started my food trail with Dastarkhawan, a local restaurant chain. Locals told me several outlets of the chain have in the past few years sprung up across the city but the best one, and presumably the oldest was located near the Press Club of Lucknow, I visited the place during lunch-time and found the place teeming with office-goers. My friend Tanmay, a local lad, who had agreed to partner me for my expeditions mentioned that it was a regular affair during lunchtime. People who worked near the place preferred to eat there instead of getting lunch from home. I soon got to know the reason – the place served amazing food at amazing prices.

After waiting for more than 30 minutes we finally managed to get ourselves a table and ordered an assortment of dishes from the menu – biryani, kebabs, paranthas, keema, and roasted meat and chicken. I am no food critic but as a foodie the food was excellent as per my judgement. Each dish tasted excellent and was unlike any of the Mughlai and Awadhi fare I have had in Delhi or any other part in India. After, a very very heavy meal, we left the place with a promise to come back for one more bite in case the others in the list failed to live up to expectations.

Dastarkhawan was followed by the famed Tundey Kababs for dinner. Similar to Dastarkhwan, Tundey Kababs too had franchises across the city but the one located in old part of the city was presumably the original and the oldest one. I visited the place late in the night in order to avoid the rush but was surprised to find the place packed even at 11 in the night. It’s common to see people throng places at this time in metros, but I was surprised to see something similar in a tier 2 city like Lucknow. At Tundey’s we ordered a variety of kebabs, each one with its own unique taste. The place really lived upto its reputation. The only drawback – I wish the restaurant was more clean and organized. But, one cannot complain when food is being served at such low prices.

I began Day 2 with a heavy brunch at the New Awadh Biryani Corner in Hazratganz. The place is famous for its Biryani served at the most economical prices. It is a small joint with no table or chairs or other related fanfare. You have to stand to have your food or have it in your car. People looking for an ambience should avoid this place as it does not offer any. We ordered for half a plate of chicken biryani and half plate mutton. The chicken dish tasted excellent. However, the mutton one did not live up to my expectations. After 3 back-to-back heavy non-vegetarian meals, I decided to focus my evening to simple vegetarian meals and here too Lucknow had a few interesting places to boast. I had Aloo Tikki and chaat at Royal Cafe, Kulfi at Prakash Kulfi and ended it up with a paan at one of the old betel-nut shops in Hazratganj. I also got a few packed for my journey back home early next morning. On my way to the station early next morning, I realised  that for a true culinary trail of Lucknow I needed to have at least a week to spare. In two days, I missed out on several places like Idris, Wahid, Shekhwat, amongst others. Places that I wanted to visit, but was unable to. But, I has the satisfaction of atleast having made the start and promised myself to return to the city soon to indulge in another round of foodie bout. 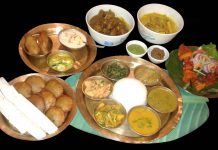